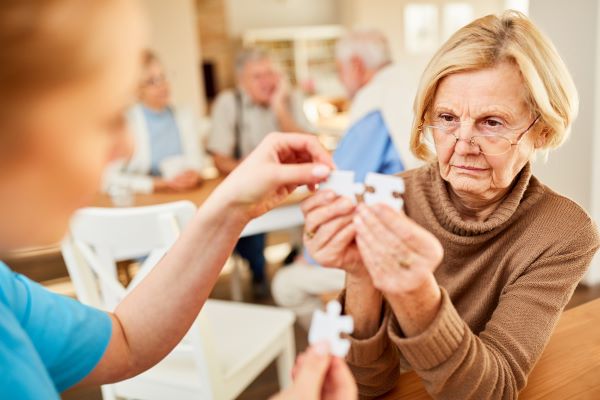 Dementia is the main symptom of Alzheimer’s Disease, which includes memory loss, confusion, and personality changes. However, other issues also cause cognitive decline, and many are treatable. Quickly addressing mental changes offers the best hope of reversing any decline. Even if the final prognosis is Alzheimer’s, early diagnosis can provide more avenues for slowing the disease progression.

Medications that Interfere with Brain Functions

Moira was in the hospital for sepsis from an infection. At 85 years old, they treated her sepsis aggressively with IV medications. Unfortunately, a side effect of the drugs was that she became confused and agitated.

While many drugs cause dementia-like symptoms, the most common, according to a clinical neurologist, Dr. Knopman, include medications for pain, sleep, incontinence, chronic obstructive pulmonary disease, antidepressants, and other psychotropic drugs. This list is hardly exhaustive, and combining certain medications can also create side effects.

Older individuals are especially susceptible to medication-induced dementia. As we age, we process medications differently. Lower metabolism means that drugs can accumulate in the body, and problems can arise from medicines the patient has taken safely for years. Additionally, many seniors take multiple prescriptions for multiple conditions prescribed by numerous specialists. Sometimes these medications interact in unexpected ways and change brain functions. Luckily, the symptoms usually disappear when the drugs clear from the system. Talk to your doctor about your medications if you feel like you or someone you love is experiencing brain fog. Do not stop without medical consultation because that can lead to other dangerous problems.

During a recent conversation, Brenda noticed that her mom was repeating herself and suffering from delusions. She took her mom to the hospital and was surprised when the doctor ordered a urinalysis. That is when she learned that urinary tract infections often affect older people mentally before they notice pain during urination.

Frida had diarrhea for months. She was embarrassed to talk about it and delayed seeking treatment. Her body became increasingly depleted of vitamins D and B12. As her nutritional deficiencies worsened, she became increasingly unable to think clearly. Luckily her bridge partner noticed a decline in strategy, as she had to excuse herself multiple times when they played. He convinced her to go to the doctor. The doctor treated the underlying condition and nutritional deficiencies. Frida was back to her normal self in a matter of weeks.

Many medical conditions affect cognitive abilities. According to Stanford Medicine, strokes and Parkinson’s Disease are often to blame.

Barry had a history of binge drinking. One New Year’s Eve, he went overboard, and his wife called the ambulance. In the hospital, while detoxing, he was delirious. Later, Barry and his wife learned about alcohol-related dementia, which is often due to years of heavy drinking and alcohol abuse. Although he did not seem to have alcohol-related dementia now, they recognized that he was at high risk for it and sought treatment. Alcohol-related dementia often develops after many years of heavy drinking. Sometimes the person’s dementia improves if they stop drinking. Withdrawals from alcohol can be quite severe; medical professionals should monitor people quitting.

Diagnosing and treating dementia-like symptoms without medical intervention would be a mistake. As elder law attorneys, we care about your health and the health of your loved ones. The medical complexities of older adults often require significant financial and legal decisions. Please contact us today at (631) 686-6500 to schedule a consultation to discuss your legal matters.